The Phantom 47: All the attractive men are married.

Janice Helm, pretty as a picture and with a figure that makes grown men weak at the knees, receives a call from Colonel Weeks of the Jungle Patrol, whose Supreme Commander just happens to be The Ghost Who Walks.

Janice is staying at the manse of her grandfather, Major Helm, but he has suddenly disappeared after inviting her for a vacation from her school in Paris.
She returned from the cinema to find a handwritten note from the Major telling her he was leaving for Europe.
It doesn't really make much sense to Janice, but she has no choice but to accept it, and now finds herself alone at her grandfather's residence, isolated and bored...

According to Janice, all the attractive men are married (and who am I to argue?), but while she is waiting for someone "marvellous" and "exciting" to show up, a couple of unattractive men arrive (unmarried, no doubt) to take her to her grandfather.

Janice gets high marks for moxie -- but, in hindsight, she could have hidden all doubt about the note, feigned acquiescence, announced she was going to get dressed so as to accompany her grandfather's emissaries, then come up with a strategy for getting help or getting away.

As it is, her angry resistance provokes the men, and things are going badly until The Phantom appears in the garden and makes short work of the two thugs.

A third man, the driver, gets away -- so whoever is after Janice will soon know his hirelings failed.
However, despite the danger she is in, she has become distracted by the appearance and manner of her strange rescuer... 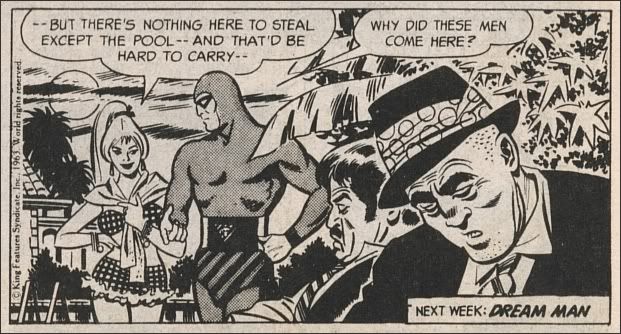 Janice is convinced that a man who wears a mask must be up to no good, but she also convinces herself that he is her dream man, having finally arrived to save her from boredom...

Unfortunately for Janice, she is headed for bitter disappointment and heartbreak, as The Ghost Who Walks is spoken for -- and by adventure's end he will have denounced her as a "foolish child".

My friend and a different Dunedin 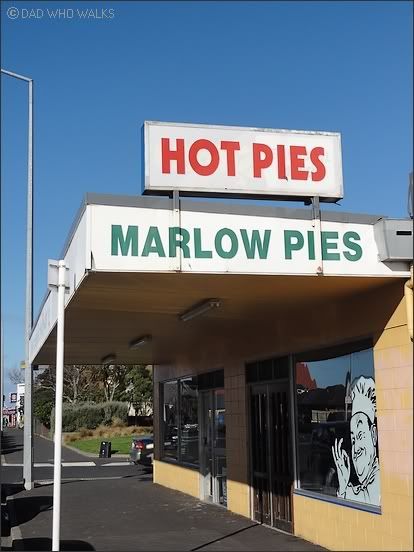 A close friend of mine died unexpectedly. It was all so sudden and there was no time to prepare, or to get used to the idea. I was so fortunate that I was able to be with him when he died, but I miss him terribly and he can never be replaced.

He was from Dunedin, and I happened to have a day off work mid-week last month, so I went for a big walk around our town to be alone with thoughts and memories of him. On the way I made a few photographs and I ended up (naturally enough) in the neighbourhood where he started out in life.

The neighbourhood hasn't changed, but of course everything else has changed and will never be the same without him.

For The Phantom comics posts only, click on the label: phantom.

For snapshots of Dunedin posts only, click on the label: dunedin.

For Those Who Came In Late...

Anthony
Walk, hike, or tramp. Makes no difference. Along the road, through the streets, up into the hills. Lush, green, hilly, sunny, beautiful Dunedin. And on rainy days, there are always old Phantom comics to read.